I began my career as a magician in 2002 after a few small stand-up magic performances in front of school friends at a café. Thinking back now, they were quite embarrassing performances, and yet, quite exciting experiences for a high school kid.

The most frequent question that I have received during my career as a magician was how I got into the magic. The answer is I was always a very active kid, and able to socialize with anyone. I have always loved adventuring and longed for new experiences. One day, one of my high-school friends showed me a very basic trick with a coin. I clearly saw that he was holding a coin in his left hand and passed it over to his other hand. A second later, the coin was disappeared from the hand and re-appeared in his pocket. I still remember the amazement I felt in that moment (A year later, I learned that the trick was called “French Drop”, which is one of the most basic coin tricks). I also remember that I begged him to teach me the trick for a week. Finally, he caved and taught me the trick and I practiced it every day. After I learned that trick, I taught myself some other simple tricks I found on the Internet. I also learned that there were actual magic shops out there, I started visiting them to buy some magic props, books and DVDs. I began practicing and studying them day and night.

Eventually, I realized that just practicing and studying magic myself was not enough to be able to perform in front of people with confidence. It would have been good enough to impress some of my friends, but not strangers of the general public. So after graduating high school, I decided to become a disciple of the most famous female magician at that time, Eun Young Oh in South Korea. Her magic company was full of professional magicians with great skills, knowledge, and showmanship. By those magicians, I was corrected and guided as a magician. After two months in the company, I started to seriously consider becoming a professional magician for the rest of my life.

There were two main reasons I felt this could be my life-long passion and career. The first reason was that I kept losing track of time when it came to magic, during practicing and when I was performing. Also, I knew that I never regret doing magic. When I was a kid, my father would tell me to become a man that does whatever he loves doing. I didn’t realize the meaning of this until I started magic. At least, I knew that I wouldn’t ever regret dedicating my life to magic. The second reason was that magic was the perfect subject for me to study in terms of human behavior. I have always been very fascinated by human behavior. I would continuously ask myself why people would behave in a certain way in certain situations? Why people would react this way? What triggers particular behavior, or reactions? The more I studied magic, the more I realized that magic was a unique art form that allows me to study and analyze human behavior. By using this information I had gathered about behavior and human intuition I was able to get a few steps ahead of others. For me, magic was something that provided endless intrigue.

During my time in Eun Young Oh’s magic company, I soon became her personal assistant, traveling beside her all over the world. While alongside Eun Young Oh I developed many skills like, directing, theatre knowledge and the ability to understand the importance of the things that happen backstage. Later on, I became co-director as well as a backstage master of our magic concert touring all over Korea. This was because I realized that studying magic tricks individually isn’t enough to become a great magician. When I discovered how much more becoming a great magician would take I decided to start dancing and I performed as a backup dancer for a while.

After mastering all of these skills and gaining plenty of knowledge, I was given chance to perform illusion shows in Dallas. I also performed some magic tricks on various TV programs in Korea such as MBC, SBS, EBS, etc. I performed an hour and a half magic show and an act for the stage gala show in Asia’s biggest magic festival; ‘Busan International Magic Festival 2006’. A few months after that, at the age of 20, I served my country as a soldier. Two years later, when my service ended, I picked up my backpack and left the country to adventure the world as a magician. Since leaving Korea, I have been living in Australia, and have traveled over various inner states as well as other countries including the U.S., Dubai, Papua, New Guinea, etc., to perform and study magic. 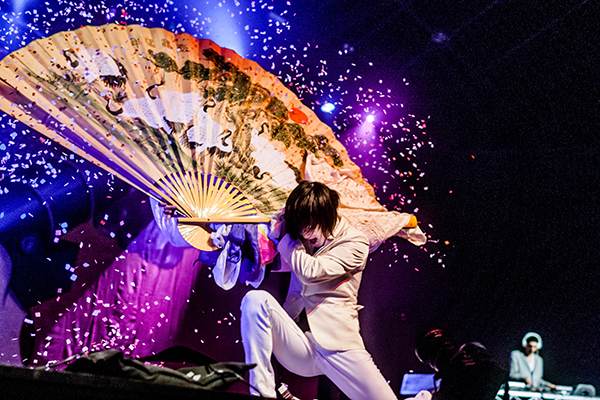 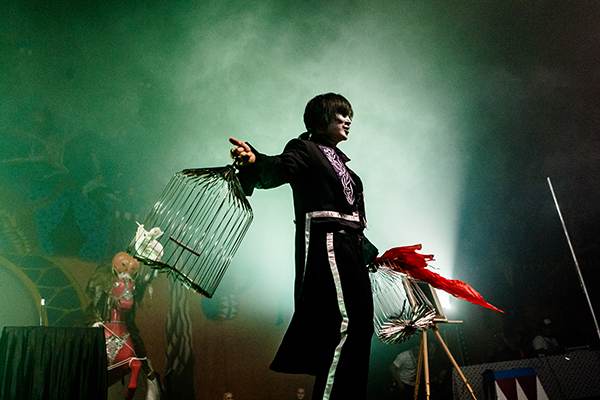 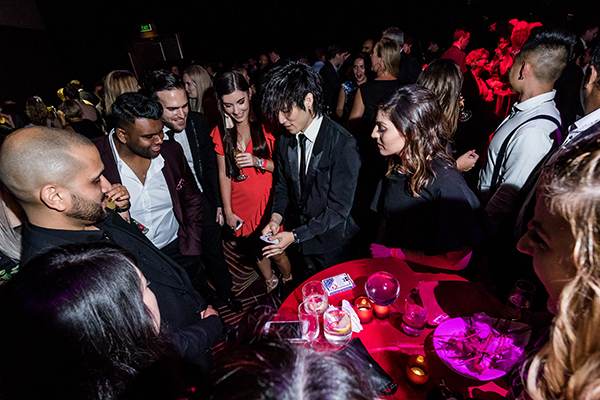 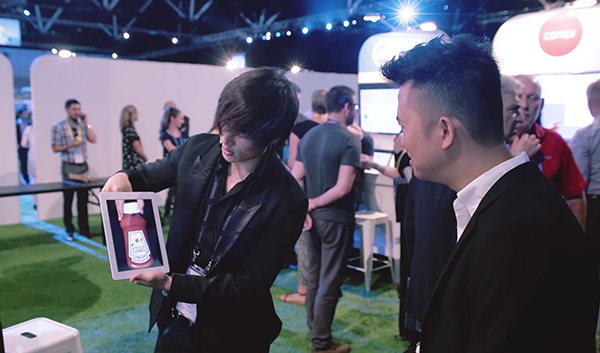 “A mesmerising performance! Neo captivated and thrilled our guests with the theatre of his ancient art – magical!”